Via the RPF we hardware saber builders shared out discoveries. A Dremel was the badge of office and when I finally completed my own Luke ANH lightsaber I was immensely proud of it. From a distance it didn't look too bad. It was the right size and if you squinted when you held it in your hand I could almost believe that it was the movie prop. The few friends I deemed geeky enough to show it to were fooled but I knew the guys on the RPF would recognise it as a cheap fake in no time. So, for a few weeks, it tided me over but soon enough I was back on eBay searching for the hard stuff again.
11 comments: 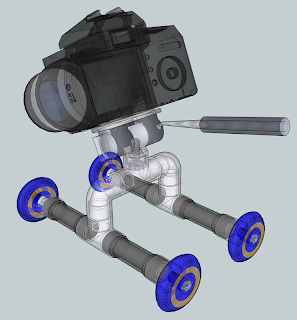 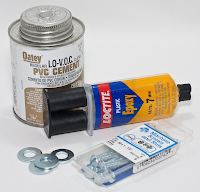 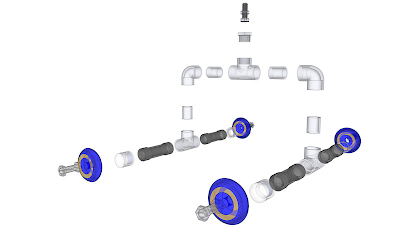 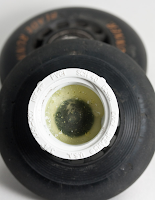 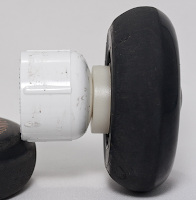 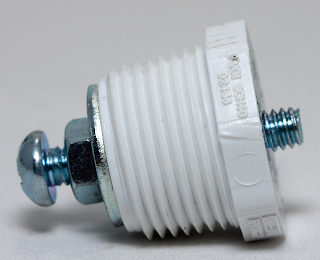 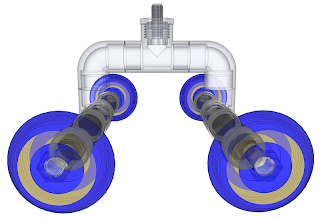 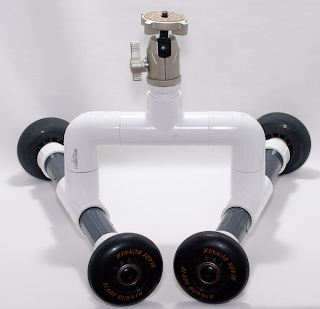 Very excited as my new Honey Bee V2 helicopter arrived via UPS this morning - of course I was in the shower.

I opened the box and checked everything was there and undamaged - excitement rises! But then I encounter my first problem: I plug the Li-Po battery into the E-sky charger and both LEDs just keep flashing. According to the information on the charger this means “battery goes wrong” (another example of Google Translation at work?) which I assume means that there’s something wrong with the battery. I get in touch with xheli.com via their chat feature on their site and 'George' says he’s sending me a new charger - I don’t understand why when the badly translated lights indicate that it’s probably a fault with the battery but what do I know?

Oh well, at least I can try flying the virtual RC copter with the included software. I try to install it on my Win7 laptop and it fails to launch with the Application Error “Exception EComPort in module fms.exe at 008B728. Registry error (win error code: 2).”

A little digging around reveals that the software is actually freeware and it needs a ‘virtual com port’ to work. The solution the site describes doesn’t seem to work. I find another program called VSPE - that says I need to pay $25 for the 64bit port of the ‘free’ program but it does seem to work without me hitting my credit card again. Then FMS hits another problem “D3DRM.dll is not downloaded”. Back to the forum. I finally find the missing dll and place it in the FMS directory. Finally I get the program to work. I download and install a model of the Honey Bee V2 and calibrate my transmitter for use with the program (for the record, it must be switched on to work. Finally I ready to fly but I’m out of time.

A frustrating first experience - at least the helicopter looks good sitting on my desk.
No comments:

After much deliberation I ordered a Esky Honey Bee V2 FP from XHeli.com. The other strong contender was the Falcon 40 from Exceed but, after reading around, the consensus seems to be that the Honey Bee is a little more robust. As, doubt, I'll crash my new toy while I'm learning this was the deciding factor for me. I also ordered some spares for the Honey Bee, the training legs and some other pieces to repair my very battered S107. Even with tax and shipping the total was less than $150. I think that’s pretty good bang for the buck.
2 comments:


My little brother very generously sent me a little S107 co-axial helicopter for my birthday. I really hadn’t being paying attention to the current state of technology in these little toys but as soon as I was up and flying around the house I was sold. The co-axial was so easy to fly but I wanted something more challenging; something bigger that could fly outdoors. A little research revealed that the next step up was probably a 4-channel, fixed pitch helicopter. Whereas the co-axial practically flies itself as long as you’re careful with the throttle, a single bladed helicopter flies more like the real deal and is much more tricky to learn. As I read the various tutorials around the web it became obvious that I shouldn’t expect to be lifting off the ground for at least a week or more and that I should expect to crash and have to repair my helicopter even if I was cautious and patient.
11 comments: